Julio was rescued from a poor neighborhood but his health is now perfect.  He has a shiny black coat with some white right under his lower lip and on his chest and belly.  Julio has a brother, who was recently adopted (Ernie), and a sister named Char (Chardonnay)  who was also adopted.   Julio plays well with all his four legged friends, has the best ever personality and would love to find his fur-ever home.  Ask the Isla Animal folks how you can adopt this beautiful creature. 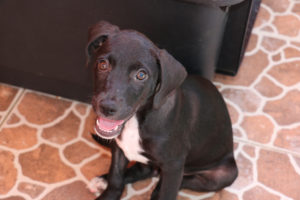 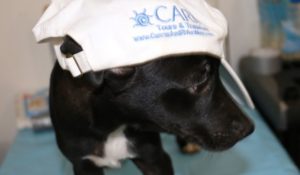